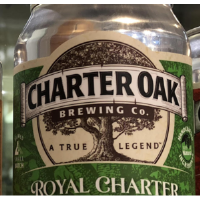 DANBURY, CT - Charter Oak Brewing Company, located at 39B Shelter Rock Rd in Danbury, CT has been busy releasing new limited styles, hosting fun events, helping the community and making connections with fellow beer lovers! Check out some of their latest happenings:
LIMITED RELEASES
Charter Oak continues to constantly brew limited releases which had been available on draft only at their taproom, but many are now available in 16oz 4 packs as well as on draft at popular craft beer bars around Connecticut.  The most recent beers to be released to the market include their Brown Ale with a robust Citra hop, Russian Imperial Lights Out Stout, Easy Rider Kolsch style beer for a refreshing light summer beer and their hazy, juicy Candles Out NEIPA.
Charter Oak is also excited about recently adding a fourth core beer to their line up: Stubborn Yankee Lager with Citra Hop. It’s a well balanced lager with a big citrus nose and taste.  This beer is available throughout Connecticut in 12oz 6 packs and in draft and is 6.3%ABV. Look for the new blue label now available in cans.
FOUNDER’S CLUB
Charter Oak announced their Founder’s Club membership during their anniversary party earlier this year.  This is a limited membership has been really well-received and includes a free pint each week, VIP tours, a free growler and discounts on all refills, a free shirt, 10% off all other merchandise, early access to all special releases and more!
To learn more and see upcoming taproom events, visit our website at www.charteroakbrewing.com
ABOUT CHARTER OAK BREWING COMPANY

Charter Oak Brewing company was started in 2011 by P. Scott Vallely, an entrepreneur that had operated several businesses for over 30 years, decided to sell his paper company and focus on creating and growing a micro-craft brewery around the Southwestern Connecticut area. The Charter Oak brewery introduced its first style on June 18th, 2012. Michael Granoth has since joined the Charter Oak team as a brewer. Michael comes to Charter Oak after working with New England Brewing and completing his studies at the American Brewer's Guild.

Charter Oak Brewing Company LLC (COBC) is a craft beer brewery which is the newest Connecticut based brewery that features hand-crafted innovative beers such as easy drinking Pale Ales, hop forward  IPAs (India Pale Ales), flavorful Brown Ales and the brewery also markets limited release seasonal as well as more robust beers offered at our taproom only. We offer you Connecticut's best handcrafted and freshest beers.  Charter Oak brews each style of our craft beers in small batches and does this on a frequent basis. We are constantly introducing new styles to join our expanding family of beers, including our 1687 Brown Ale, Wadsworth India Pale Ale, and Royal Charter Pale Ale. The brewery's beers are marketed throughout Connecticut and in Massachusetts.

The Charter Oak Brewing Company recently opened their Taproom in historic Danbury, Connecticut with 10 rotating draft lines.  The beers are constantly changing and there's always a style on draft that will please YOU! Come visit our 10,000 square foot state of the art operation, grab a pint, try a flight or fill a growler.  We also offer very informative tours.